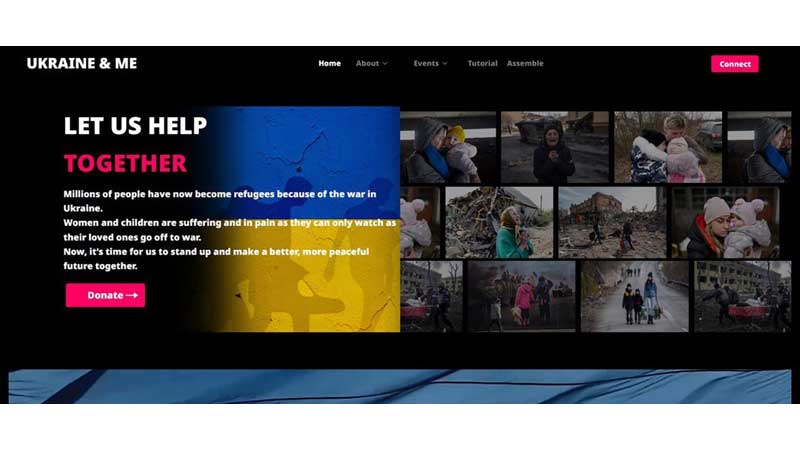 Upcoming Event: Ukraine And Me Determines To Help Ukraine

World Council of Careers for Women (WCCW) announced its "Ukraine and Me" NFT Charity Sales Event begins on 0:00 Kyiv time, July 27, 2022. According to the UN Refugee Agency (UNHCR), the 2022 Russian Invasion of Ukraine has caused more than 3.4 million of Ukrainians, predominantly 90% women and children, fled to neighboring countries resulting in great casualties, destructions, and displacement. Therefore, this WCCW event on July 27 aims to help restore stability and provide substantial assistance to Ukrainian women and children refugees suffering from great risks of violence and abuse, and the deprivation of human rights.

"Ukraine and Me" welcomes anyone who wishes to design NFTs on the Russian Invasion of Ukraine. WCCW welcomes all forms of NFT creations to help people acknowledge the greatest European humanitarian crisis of the century. A group of professional artists have already been invited to create a series of NFTs, and all donors are welcomed to start making contributions. This July 27 event will then recruit potential works, hold online voting, and finally auction for the cause of charity. WCCW also organized a significant giveaway of the donors' contribution, the auction proceeds will contribute to public welfare and online/ offline campaigns.

"We fear that the world will soon become tired of hearing about the death and destruction in Ukraine. But for us, it does not end," said Kateryna Yushchenko, former First Lady of Ukraine, firmly. "I would like to take this initiative to help the women and children, their education, settlement, and help them in whatever way to secure their well-being for now and in the future," stated Bertie Ahern, Co-chair of InterAction Council, former Prime Minister of Ireland, and the Chairman of WCCW.

On March 1, 2022, the European Parliament called on the Commission, the Member States and UN agencies to offer the Ukrainian civilian humanitarian assistance. More than one hundred former heads of state from InterAction Council and WCCW have been making every effort to save Ukrainian people from this unforgiving war.