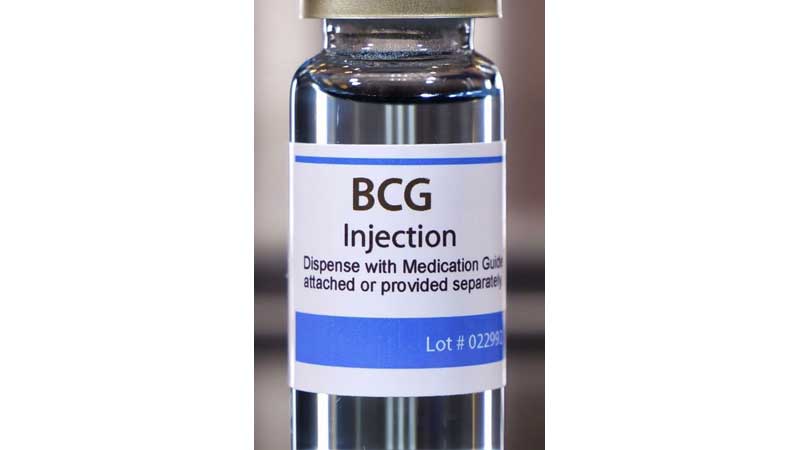 The WHO has noted that there is no data-based evidence that the BCG vaccination provides protection against Covid-19. Photo Credit: pharmaceutical-technology.com, Shutterstock.com

COVID-19 Does having received the BCG vaccine as a child provide a protective effect?

- A Quebec research team is the first to examine the long-term protective effect of the BCG vaccine against COVID-19, using data from a vaccination registry.-

Being vaccinated during childhood with the BCG (Bacille Calmette-Guérin) vaccine against tuberculosis is not a long-term protective factor against COVID-19, despite what was thought at the beginning of the pandemic. A team of scientists from the Institut national de la recherche scientifique (INRS), the Université de Sherbrooke, Université de Montréal, and Université Laval has conducted the first-ever study in Quebec comparing childhood vaccination status in people with COVID-19 and a control group. The research, published in the Vaccine journal, brings new light on the possible link between the BCG vaccine and COVID-19.

Most published studies to date have shown a correlation between BCG vaccination in the population and a lower mortality rate from COVID-19. However, according to the team of Quebec scientists, the methodology of these studies did not determine whether those who received the BCG vaccine were also the ones with better survival, nor did it take into account certain factors that could have biased the analyses.

"Our study has shown convincingly that BCG, a strong stimulator of innate immunity, does not confer very long-term protection against COVID-19. This is not the result we were hoping for, but at least this matter, especially relevant for countries in the South, can be taken off the table," says Dr. Jacques Pépin, first author of the study and associate professor at the Université de Sherbrooke and the CHUS Research Centre.

"Even if our results turned out to be negative, it is important to communicate them to the public, since they contrast with those obtained in previous studies, which had important methodological weaknesses. Our results are therefore the most valid ones available on this subject to date," says Marie-Claude Rousseau, professor and researcher in epidemiology at INRS and corresponding author of the study.

The researcher recalls that a potential protective effect of the BCG vaccine against COVID-19 was the subject of a great deal of scientific and media interest very early in the pandemic.

"In the past year, we have had 25 times more requests from the public to verify whether they had received the BCG vaccine as a child," says professor Rousseau who is also the scientific manager of the Quebec BCG vaccination registry hosted by INRS, a unique computerized resource that lists 4.2 million vaccination certificates issued in the province between 1956 and 1992.

The research team recruited 920 individuals who tested positive on a PCR test for COVID-19 at Hôpital Maisonneuve-Rosemont (HMR) from the CIUSSS de l'Est-de-l'Île-de-Montréal, and the Centre hospitalier universitaire de Sherbrooke (CHUS) between March and October 2020. In parallel, the control group consisted of 2,123 people who did not have COVID-19, but had another sample analyzed at the microbiology laboratories during the same period.

"This project involved about 20 medical students from the Université de Sherbrooke and the Université de Montréal. They contacted the participants by phone to complete a questionnaire. We are thankful to all the people who agreed to participate in this study," says Dr. Annie-Claude Labbé, co-author of the study and a microbiologist and infectious disease specialist at the HMR.

Only individuals born in Quebec between 1956 and 1976 were recruited. Their vaccination status was verified in the Quebec BCG vaccination registry using the information they provided to the research team. Among those who tested positive for COVID-19, 54% had received the BCG vaccine during childhood. This proportion was 53% in the control group.

The researchers found no long-term protective effect of BCG. Their analyses controlled for other factors such as the type of job the person had, biological sex, age, an index of material deprivation, and whether they lived in a rural or urban area.

"Although we expected to observe a small protective effect, we were not surprised by the results. After all, participants had received the vaccine decades ago. Among those who had received the vaccine more recently, in the early 1970s, no protective effect was also observed. However, the number of people was limited, greatly reducing the possibility of detecting a small effect," explains Professor Rousseau.

A vaccine of great interest

Professor Rousseau notes that some studies have suggested a short-term protective effect of BCG against COVID-19 and that clinical trials are underway internationally, which seems promising.

"It's interesting to see the renewed interest in this century-old vaccine, particularly with respect to its effects that are unrelated to tuberculosis, in the last five to ten years," she concludes.