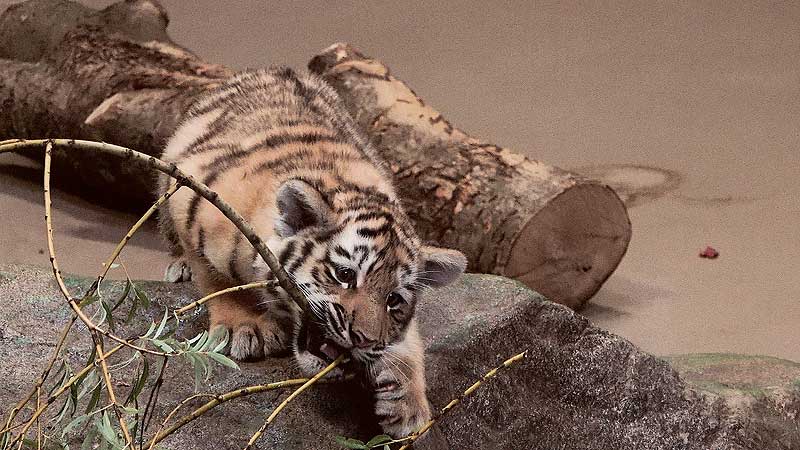 "Hello, my name is.... MILA". On June 30 Toronto Zoo officially announced the name of its female endangered Amur tiger cub. The name is Mila (Mee-la), meaning loved by the people, gracious, dear one. The announcement was made in celebration of International Tiger Day.
The “Help Us Give #TOTigerCub A Name!” Toronto Zoo promotion presented by Giant Tiger ran from Monday, July 19th to Sunday, July 25th. Over 15,000 votes were submitted to decide on her name. Toronto Zoo invites Torontonians and guests of the city to look at the three month old tiger cub, which was presented to the public two weeks earlier.