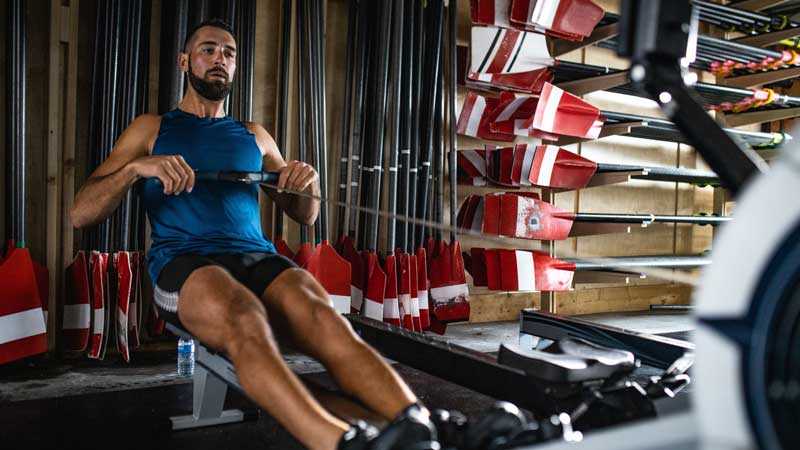 RBC announced an investment of $230,000 CAD to support the Next Generation programming needs of each National Sport Organization (NSO) involved in its nation-wide talent identification and athlete funding program, RBC Training Ground.

In an effort to support the next generation of Canadian Olympians during a critical time, RBC will provide grants between $10,000 and $30,000 CAD to nine NSOs including: Canoe Kayak Canada, Rowing Canada, Rugby Canada, Cycling Canada, Freestyle Ski Canada, Speed Skating Canada, Ski Jump Canada, Nordic Combined Canada and Boxing Canada. These sport organizations all participate in RBC Training Ground, testing and identifying athletes with Olympic potential, and ultimately nominating them for funding and the opportunity to join their National Team programs.

"Due to the global pandemic, we've had to pause on identifying new athletes with Olympic potential through RBC Training Ground events, but what's not on pause is our investment in Canada's Olympic future," said Mary DePaoli, Executive Vice-President and Chief Marketing Officer, RBC. "This is most certainly a unique year, but we know it's more important than ever to help ensure RBC Future Olympians and Next Generation athletes under the care of our NSO partners continue to receive the funding support that will further their athletic development."

RBC's continued investment comes during a year when amateur sport revenues have been hit hard by the coronavirus pandemic. The funding announcement also comes despite cancelling the remainder of the year five RBC Training Ground season, which would have culminated with a national final and 30 athletes being selected to receive further resources to pursue their Olympic dreams.

"This RBC commitment comes at an especially critical time for our National Sport Organization partners, who are under financial pressure," said David Shoemaker, Chief Executive Officer, COC. "These funds will help reduce the financial burden on emerging athletes and help ensure their journey to the podium stays on track. Working together with Canadian Olympic Foundation, RBC Training Ground has been an incredible funding program for the high-performance community and we greatly appreciate the support."

- RBC Training Ground provides Canadian athletes between the ages of 14-25 – no matter what sport or activity they are involved in – the chance to test their strength, speed, power and endurance in front of officials from National Sport Organizations looking to identify new talent.
- Top performers at free local qualifying events are then invited to sport specific testing with Partner Sports, with the potential of being one of 100 athletes invited to the RBC Training Ground National Final where up to 30 athletes are ultimately selected for funding and a potential spot on a Canadian National Team.
- Since 2016, RBC Training Ground has tested 8,500 young elite athletes at more than 100 free local events across the country, identifying over 800 high-potential athletes. More than $1.7M in funding has been provided to 117 RBC Future Olympians to help support their Olympic dreams.
- Some of the athletes identified through RBC Training Ground are on track to compete at the Tokyo Games and maybe even medal. World record setting track cyclist and Tokyo 2020 medal hopeful Kelsey Mitchell was a varsity soccer player when she met Cycling Canada representatives at an RBC Training Ground event in 2017.
- RBC Training Ground was developed in partnership with the Canadian Olympic Committee and the Canadian Olympic Foundation, with support from the Canadian Olympic and Paralympic Sport Institute Network.